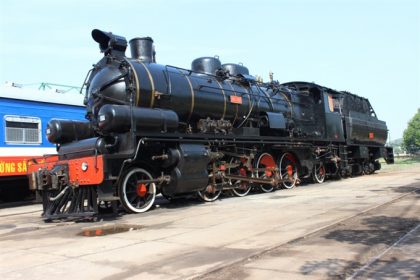 DA NANG – The Indochina Rail Tourist Service Company plans to restore the operation of steam trains travelling between the central city of Da Nang and Hue to serve tourists.

The company said the restoration of the defunct steam train line has been prepared with an investment of VND81 billion (US$3.6 million).

As planned, three steam locomotives and 10 carriages have been repaired and decorated, while logistics services, stations, bridges and coal and water supplying systems will be restored at the stations of Kim Liên in Đa Nang and Lang Co in Thua Thien-Hue Province.

According to the Hue tourist company, it has operated a carriage since 2016 for tourists travelling from Hue to Da Nang before exploring Hoi An and My Son Sanctuary in Quang Nam by coach.

Da Nang plans to move its railway station from the city’s centre to suburban Lien Chieu District in 2022.